If you are headed to Stockholm and looking to save some money, then you may have heard of the Stockholm Pass. But are you wondering if it’s worth it for you? Then keep on reading this comprehensive review, which covers all the features and benefits of the pass, as well as how to use it to make the Stockholm Pass worth it.

Stockholm is one of the most beautiful and underrated cities in Europe, and it offers plenty of things to see and do! You’ll find fairytale architecture and photogenic spots, tons of sights and attractions to keep you busy for a weekend (or even longer), the Baltic Sea’s second largest archipelago, and even unique subway station art.

It’s also got the reputation of being one of the most expensive cities in the world! So how can one save money in Stockholm?

Enter the Stockholm Pass. This all-inclusive Stockholm city pass includes admission into almost 50 of the city’s top attractions and tours. It has an amazing variety of activities included – from museums, historical sites, boat tours, and even day trips to the surrounding islands.

But is the Stockholm Pass worth it for you? I know, I know, every time I look at a similar city pass like this (for example, the Paris Pass), I ask myself the same question. Many times, it includes a couple of cool things and the rest are just cheesy activities that I wouldn’t be caught dead doing.

However, this isn’t the case with the Stockholm Pass! It includes plenty of the top attractions and activities, from iconic sights and experiences, to some really cool hidden gems. I found plenty to do during my time in Stockholm, and I even wish I had more time to take advantage of more attractions included in the pass!

Keep on reading this Stockholm Pass review to find out everything you need to know – from its features, what it includes, its advantages, disadvantages, and much more – and whether the Stockholm Pass is worth it for you!

Disclosure: This post contains affiliate links. This means that if you make a purchase or booking, I may receive a small commission at no additional cost to you.

What is the Stockholm Pass?

A hop-on, hop-off bus AND boat is also included in the pass as well.

The digital pass is immediately loaded onto your mobile device and can easily be used by scanning the QR code at the participating attractions.

We all know that Stockholm is an expensive city, so this can be a fantastic way to save some money – I show you how in this Stockholm Pass review!

What is the difference between the Stockholm Pass vs. Stockholm Card?

What are some advantages of the Stockholm Pass?

How much does the Stockholm Pass cost?

Pricing is as follows:

There is also a child pass available for those aged 6-15:

However, some museums and attractions offer free admission for those under 18, so look up which ones you want to visit and do the math to determine if the Stockholm Pass is worth it for your child.

How do I purchase the Stockholm Pass?

You can purchase the Go City Stockholm Pass online here.

Upon purchase, you will receive the pass via email. Simply download the app to access your QR code, or print it out if you want to use a physical copy.

The pass becomes activated once it gets scanned at your first attraction.

How do I use the Stockholm Pass?

Your Stockholm Pass becomes active once you scan the QR code to enter your first attraction.

Do keep in mind that the Stockholm Pass is valid on consecutive days NOT for the corresponding number of hours (24 hours, 48 hours, 72 hours, etc) as with the old version of the pass.

This means that once the pass is scanned, it is only valid on consecutive calendar days regardless of the time of day. For example, if you purchase a 2 day pass on a Tuesday and activate it at 2 pm, you only have until the end of Wednesday to use it, NOT until Thursday afternoon.

Therefore, to really make the Stockholm Pass worth it, get an early start on your first day! This will ensure that you maximize the time available to use up your pass.

What attractions are included in the Stockholm Pass?

In the past, I used to always turn my nose up at these Hop On, Hop Off tours because I thought they’d be cheesy, but after doing one recently, I have turned into a fan! They’re a fantastic way to get around the city, see the top sights, and learn interesting tidbits and fun facts about them.

Stockholm takes it one step further and also has a Hop On, Hop Off boat as well.

Both the Hop On, Hop Off Bus and Boat are valid for the duration of your pass, which makes the Stockholm Pass worth it. However, a good way to get an introduction to the city and to get your bearings is to do it on the first day.

Sitting just outside of Stockholm, Drottningholm Palace is the official residence of the King and Queen of Sweden. The beautiful palace draws inspiration from 16th and 17th century French architecture (like that of Versailles in Paris), and is one of UNESCO World Heritage sites in Sweden.

The palace grounds also feature a park, baroque garden, and Chinese Pavilion. In addition, the Stockholm city pass also allows you to the theatre, one of the best preserved from this time period. The boat ride to get to the palace is super scenic as well, and makes a lovely excursion on your Stockholm itinerary.

Skansen is the world’s oldest open-air museum, and is essentially Sweden in miniature. You’ll learn about all aspects of Swedish life and culture, throughout history up until today. Staff dress in period costumes and offer demonstrations showcasing traditional handicrafts, music, and food. There is also a zoo with Nordic animals.

In addition, you’ll find mini villages with over 150 examples of Swedish dwellings to show how Swedes lived and worked throughout time. The houses were collected from various parts of the country, deconstructed and transported to Skansen, and then rebuilt on site.

The Vasa Museum is one of Stockholm’s most unique museums. It showcases the 17th century Vasa warship, considered the most impressive of its time. Unfortunately, the ship was too top-heavy and sank on its maiden voyage, just 20 minutes from shore.

It was salvaged out of the ocean 300 years later, and painstakingly restored to all of its original glory. You’ll see it on display here, with its intricately carved details.

Under the Bridges Boat Tour (345 SEK)

Stockholm is a city built on 14 islands connected by more than 50 bridges. One of the best ways to see the city is from the water, and the Under the Bridges tour takes you past some of Stockholm’s most iconic sights, and under some of its bridges.

On this one-hour cruise, you’ll sail by such attractions as Gamla Stan, Sodermalm, and Djugarden, as well as see the inner island and through a lock that connects the Baltic Sea with Lake Mälaren.

Another fantastic boat tour, the Royal Canal tour sails through the Djugarden Canal, which was built under the orders of King Charles XIV in 1825. You’ll not only see some stunning views of the Stockholm skyline, you’ll sail past idyllic green landscapes and see plenty of historical royal buildings as you make your way through the canal.

It’s a fantastic way to do some sightseeing while relaxing (and letting your feet get a break!).

Located in the Sodermalm neighborhood, Fotografiska is one of the most interesting museums in Stockholm. The world-renowned photography center and museum showcases the works of the world’s most famous photographers (such as Annie Leibovitz), as well as up-and-coming artists. It usually has four large exhibitions and 20 smaller installations throughout the year.

One plus about Fotografiska is that it is open late every night, so if you are looking for ways to use your Stockholm Pass after everything else has closed, this is a good place to do it!

Stockholm’s archipelago is the second largest in the Baltic Sea and extends over 50 miles from the city. It boasts some 30,000 islands, rocks, and skerries that have been carved out by glaciers over the course of millions of years.

One of the best ways to get a taste of the archipelago (especially if you have limited time in the city) is to take an archipelago cruise, during which you can get away from the hustle and bustle of the city for a few hours and see some of the islands, hear stories about the people who live on them, as well as enjoy some beautiful views of the water.

A few of the islands on the archipelago are home to charming villages that are perfect for a day trip. If you want to experience one of them, or are looking for a day trip option, consider taking an excursion to Fjaderholmarna.

Known as the “gateway to the archipelago” because it is the closest island to the city, Fjaderholmarna is home to quaint boutiques, seaside restaurants, trails, and plenty of spots to sunbathe and makes a perfect half-day or full-day excursion.

Other activities included in the Stockholm Pass:

If you are looking for other things to do with your Stockholm city pass, consider the following attractions as well:

And much more – see all included attractions here.

What attractions are NOT included in the Stockholm Pass?

I used a 3 day Stockholm Pass on a 4 day trip to Stockholm. Below is a breakdown of how I used it. Keep in mind that if you use the hop-on, hop-off bus and/or boat to get around (priced 490 SEK/360 SEK), you can save even more money!

Alternately, if you are visiting Stockholm on a shorter trip, here is a sample 2 day itinerary:

Ok…but is the Stockholm Pass worth it for me?

The Stockholm Pass is worth it for you if…

The Stockholm Pass is NOT worth it for you if…

Have you heard of the Stcokholm Pass? Do you find the Stockholm Pass worth it? 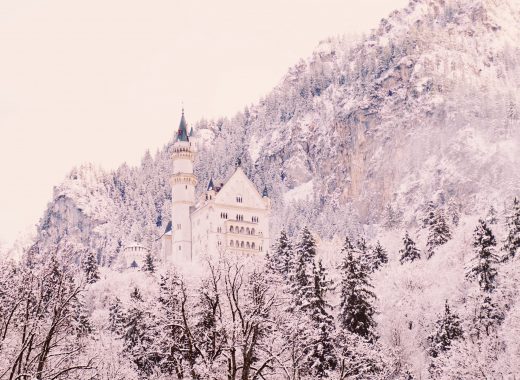 Planning a Fairytale Neuschwanstein Castle Winter Day Trip: Everything You Need to Know 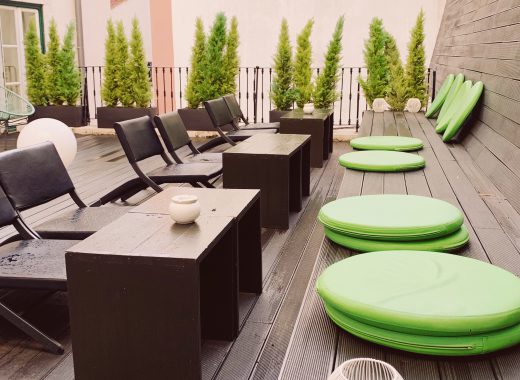 Where to Stay in Lisbon: Hotel Gat Rooms Rossio 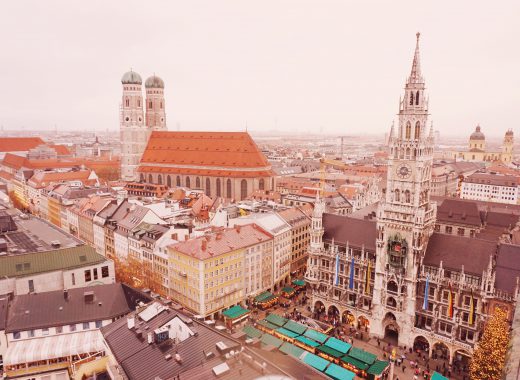 Winter in Munich: 12 Magical Things to Do in Munich in Winter

I'm a California girl who was born and raised in LA, lived in San Francisco for 11 years, and recently moved to the OC. I wander the world aimlessly in search of delicious food, spend way too much time dreaming of my next adventure, and kinda miss the fog (after complaining about it every day for 11 years). I live for good design, coffee, red wine, pretty paper, and ramen (which I work off by running half marathons). Follow along as I search California and the world for the tastiest desserts, the most colorful photo spots, the coolest hidden gems, and more! (formerly caroekg.com)